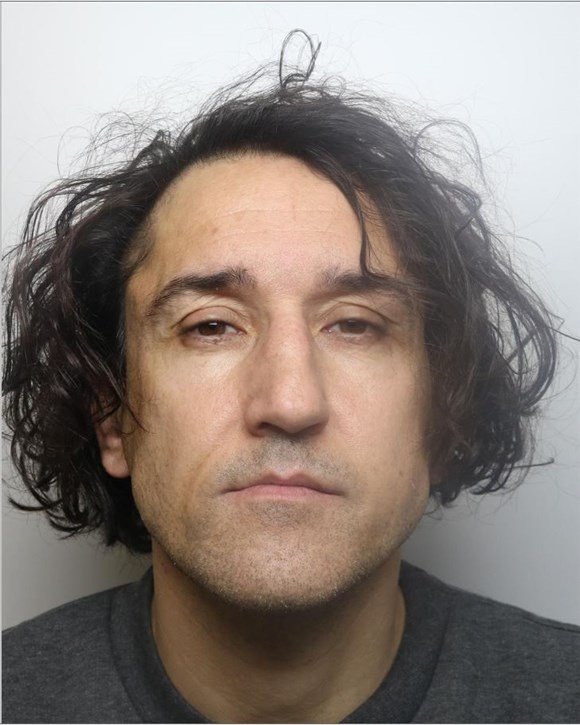 A career criminal has been sentenced to life imprisonment with a minimum seven-year term for trying to buy three fragmentation grenades and committing a series of drugs offences.

Paul Christian Stellato, 47, who has 36 convictions for 171 offences, used the dark web to order the fragmentation grenades from a vendor and import them to the UK sparking a National Crime Agency investigation.

Stellato – who was jailed for 10 years in 1998 for arson with intent to endanger life – sent an image of an explosive to an associate, asking: “If I add shrapnel will it do a hole in a house?”

On 23 November 2016 Stellato, using the online profile ‘cocaineking247’, contacted the seller on the now closed-down AlphaBay market, asking if the advertised hand grenades could be delivered to the UK.

Two days later Stellato instructed the vendor to send them to his flat in Manor Road, Brackley, Northants, and address them to a fake name.

Stellato tried to cover his tracks and give himself a defence by telling the seller: “I blagged someone to get it delivered as they don't know what it is”.

He also wrote: “No matter what, these are not for terrorism affairs, domestic protection only”.

The total cost of the grenades was $370.48 which Stellato paid in bitcoins.

On 14 December 2016 the delivery was made and Stellato signed for the package which was addressed to “Richard Stewart”.

He was arrested on the same day and told officers: “If you need the parcel it’s left outside of my front door.”

There was also evidence he had searched for anonymous browser apps.

Drugs were present in Stellato’s flat.

Northamptonshire Police – who assisted in Stellato’s arrest - investigated and he was charged with eight counts of possession of class A and B, and one count of supplying class B, which he denied.

In December last year Stellato was convicted at Northampton Crown Court of attempting to possess ammunition with intent to endanger life – the NCA investigation.

His sentencing was adjourned until conclusion of the drugs trial.

But after months of denying the drugs offences he changed his plea as his trial was due to start.

Today he was jailed for life with a minimum seven-year term and if released he will spend the rest of his life on licence.

NCA branch commander David Norris said: “Stellato has a history of violence and is a very dangerous man as his long criminal record shows.

“It’s terrifying to think what he could have done with three grenades.

“We worked tirelessly with our partners – including the FBI – to keep these weapons away from him.”

Detective Inspector Adam Pendlebury, from Northamptonshire Police, said: “A search of Paul Stellato’s property led officers to a vehicle which contained £5,500 worth of cannabis.

“Our investigation revealed his fingerprints on the drugs packaging as well as text messages that indicated he was involved in the supply of drugs.

“Clearly Stellato was involved in supplying drugs in the Brackley area and it’s concerning that he was also attempting to buy grenades. Hopefully today’s sentence will offer some reassurance to the local community.”