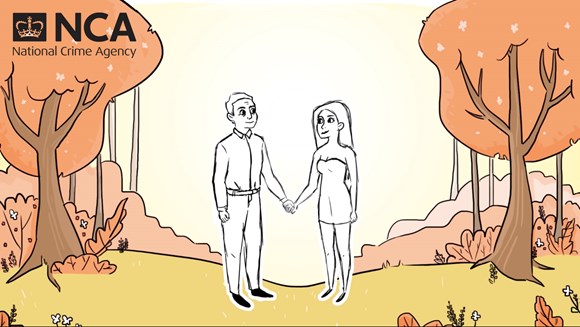 Today the NCA’s Anti-kidnap & Extortion Unit, in collaboration with UK police forces, has launched a campaign that aims to highlight how men of all ages are being targeted by the criminal gangs committing sextortion. In a hard hitting animation, Brian Capron voices a man who has fallen victim to these criminal gangs.

The NCA expects to see a rise in ‘sextortion’ reporting around the festive period, when, perhaps, more men may be feeling lonely or isolated and turn to these websites seeking solace.

Sextortion is a form of blackmail in which criminal gangs identify their targets by trawling social, dating, and/or pornography sites. Once selected, the criminals (purporting to be attractive and flirtatious females) contact victims and ask to video chat. Once in the video chat things quickly escalate with the victim being encouraged to perform mutual sexual acts in front of their webcam. They are secretly recorded and then begin to receive demands for money, with the threat that if they don’t comply, the video will be posted for their friends, family and the rest of the world to see.

Figures collated by the NCA show that it is still men between the ages of 18–25 who are most likely to be targeted, but middle aged or even older men of 60-80 years old can also become unwitting victims.

“While awareness is rising of this online threat, people think of it as something that happens to just young people. Through this campaign we want to highlight that this can happen to anyone. At this time of year, with Christmas and the new year approaching, many people may decide to go online seeking friendships or more. This can be a great way to meet new people but we just want men to consider the risks and if the worst does happen, to be comfortable speaking to their local police”

New figures released today by the NCA show that more than 1500 cases of sextortion have been reported to the NCA’s Anti-Kidnap and Extortion Unit (AKEU) by UK police forces so far in 2018. The actual figure is likely to be much higher, with many victims still feeling too embarrassed to report the crime to authorities. This trend has had a devastating impact on victims, with at least five young men committing suicide after falling victim to sextortion.

Although evidence suggests that this type of crime is predominately committed by overseas criminal gangs, it is clear from work undertaken by the NCA that UK-based criminals are also becoming increasingly involved.

The campaign aims to reach those who are likely to be, or have been targeted. Users of dating websites and other apps are being warned to be wary of who they befriend and avoid being lured into compromising situations online. Victims are also being urged to come forward and report the crime to their local police, with reassurance that they will be taken seriously and dealt with in confidence. They are advised not to make any payments; to stop all communication with the blackmailer; and keep all evidence of the communications they have had. This is a serious and organised crime and information is needed urgently to help law enforcement tackle it.

“The upward trend in the reporting of online blackmail where secretly recorded videos are used as leverage to extort money from victims is of great concern. In isolation these crimes could be seen by some as perhaps not that significant, however when the numbers are added up it becomes clear that criminal gangs are making vast sums of money by preying on the vulnerable.

“What is of even more concern is the impact these demands can have on some individuals. We know of at least five young men whose lives were cut short after they resorted to suicide because they felt it was their only way out. I have personally witnessed the devastating effect that sextortion can have on both the victims and in the more tragic cases, the families they leave behind.

“We are determined to try and prevent more tragedies by raising public awareness, making sure victims know that support is available to them and finally, seeking out those responsible, wherever they are in the world, and bringing them to justice”.

To watch the new film and for more information and guidance about sextortion visit: http://www.nationalcrimeagency.gov.uk /sextortion (video will be live once embargo is lifted)

The new animation voiced by Brian Capron can be downloaded here: https://spaces.hightail.com/receive/M91PhhVLry/am9obmF0aG9uLndhcGxlc0BuY2EueC5nc2kuZ292LnVr

UK police forces have reported five suicides linked to sextortion to the AKEU.

Figures reported to the AKEU by UK police forces show 91 males aged 56-85 years old were a victim of sextortion in 2017, 4.9% the overall number

While demands are for relatively small amounts (£200 - £1600 band) the scale and frequency of offending is likely to make this a multi-million dollar global industry.

NCA investigations reveal victimisation across the world, including UK, US, Canada, Australia, NZ as well as a significant number of European MS (Netherlands, Spain, France, Italy and Belgium) and Middle East/Arab States.

Perpetrators of sextortion are most likely based in the Ivory Coast, Philippines and to a lesser extent Morocco, although diversification is evident into other West African countries and in particular Mali. The UK itself is also a predominant source country.